Istanbul is a city of many surprises! I came with a few simple expectations: antique markets, colorful spices, Turkish delight… all properly set. I wasn’t expecting such a unique skyline – a mix of crumbling buildings, modern developments, and mosque minarets piercing the sky as far as the eye can see. The glorious sunsets we watched every evening were a beautiful surprise, as well as the entrancing ‘call to prayer’ that can be heard in almost every part of the city, every day…. 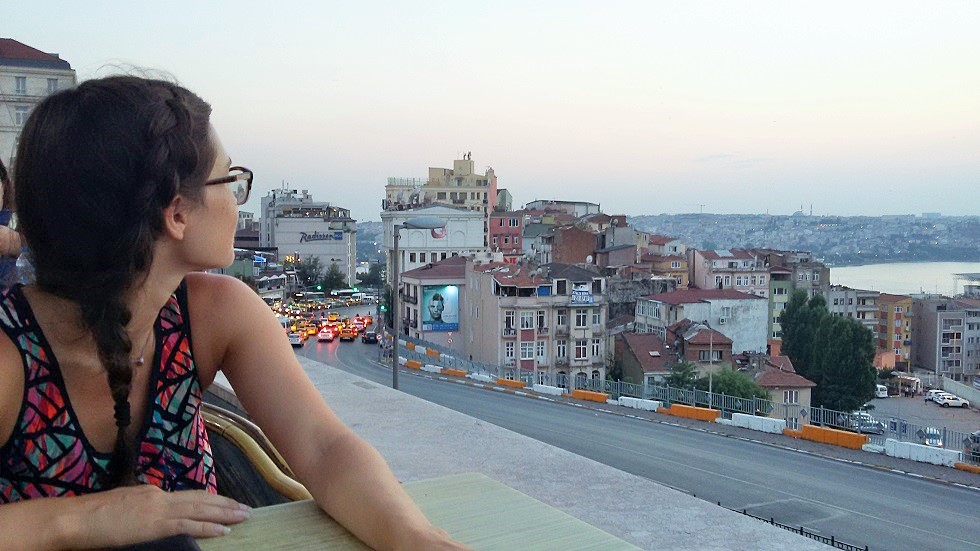 I observed so many things that seem specific to this bustling Metropolis. Istanbul is a city of contrasts, where Eastern ways meets the Western World, creating a hybrid of colors and cultures that are one-of-a-kind. There are so many unique traditions, but one in particular left us astonished – I’m talking blow your hair back bewilderment – the hospitality that was shown to us in Turkey was like nowhere else we’ve experienced! 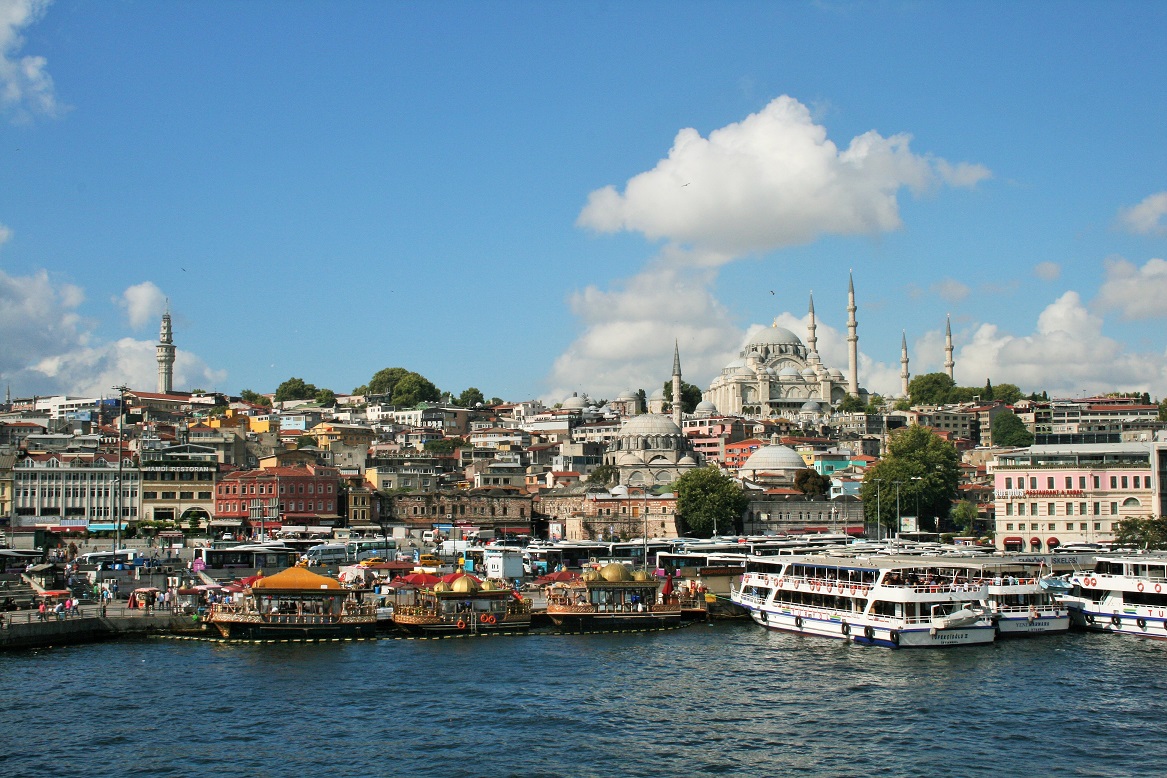 My realization of the kind nature of the Turkish people started upon arrival, when the taxi dropped us off near our hotel (which was on a street that could not be accessed by car). Our driver didn’t speak English, but he did his best to provide direction when he left us on our way. Unfortunately, our phone wasn’t working, and with no map to follow we found ourselves a bit lost. I must have had a confused look on my face as an elderly man approached doing his best to speak English, asking if he could help. I told him the name of our hotel, but unfortunately he didn’t know the location. This is the moment you expect to continue wandering the streets, hoping to find help, but that’s not what happened. Instead, the man walked with us, asking people along the way for help. Before I knew it we had a group of locals, all working hard to help us find our hotel. Bryan and I were instantly skeptical of such generous assistance… “what will they want in return? No one goes above and beyond to help a stranger for nothing?”. One after another, strangers came to our rescue until we were led to the right doorstep, with no expectation of return favor. 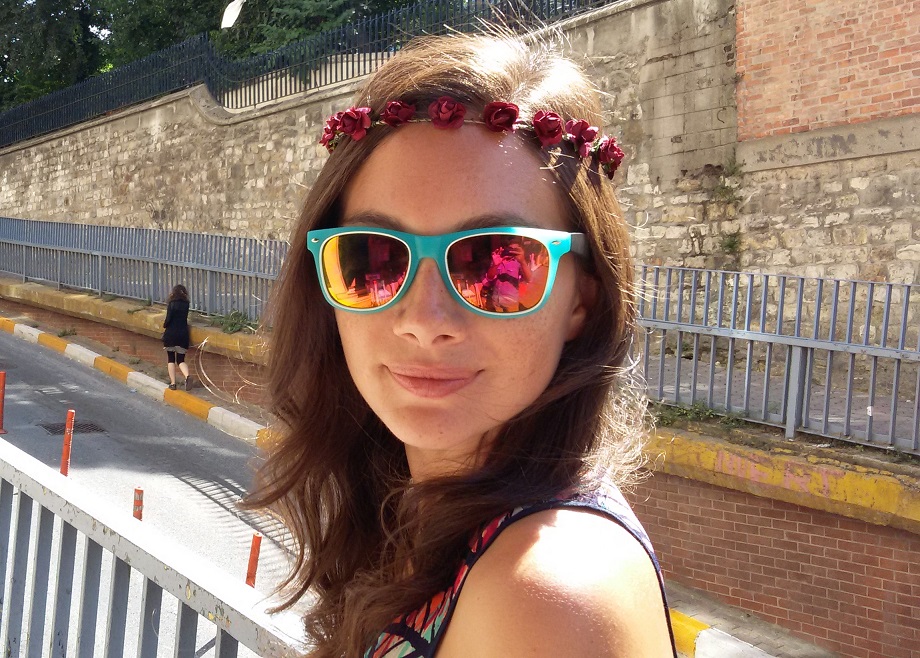 Still confused by the overwhelming street-hospitality, we entered the lobby of the Peradays Hotel, our ‘home’ for the next few weeks. We were warmly greeted by Murat, one of three hotel owners (two Murats and one Bora), who led us to the lobby, poured some Turkish tea, and started talking to us about our travels. We instantly felt comfortable, like we were catching up with family, and our new ‘relative’ quickly became Uncle Murat 🙂 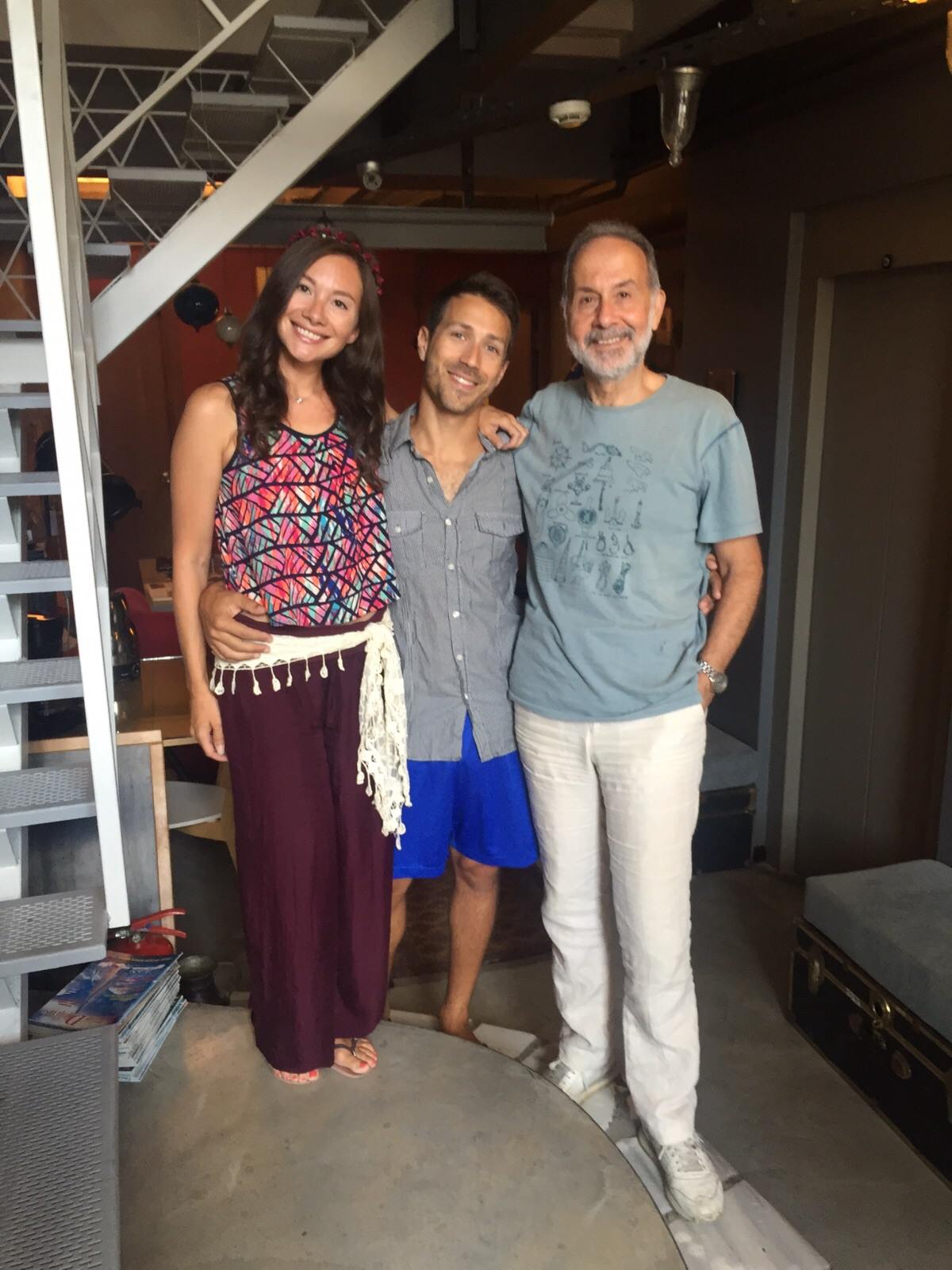 Many evenings I would find Bryan catching up with Murat, over tea, about the latest political developments. Bora was always the first to ensure we knew all the best spots to dine or enjoy time exploring the city. Peradays became far more than a place to rest in-between exploring Istanbul and weekend adventures to central Turkey, it became familial. We were always greeted with a warm hug and cup of spicy tea upon return. This is a level of hospitality that went above and beyond anything I’ve ever experienced…

Every morning we were served an enormous breakfast that always started with veggies (I’ve since learned that this is the Turkish way). On our first morning, we were overwhelmed by the amount of cucumbers, tomatoes (locally grown), olives, meats and several kinds of cheese… the list goes on. 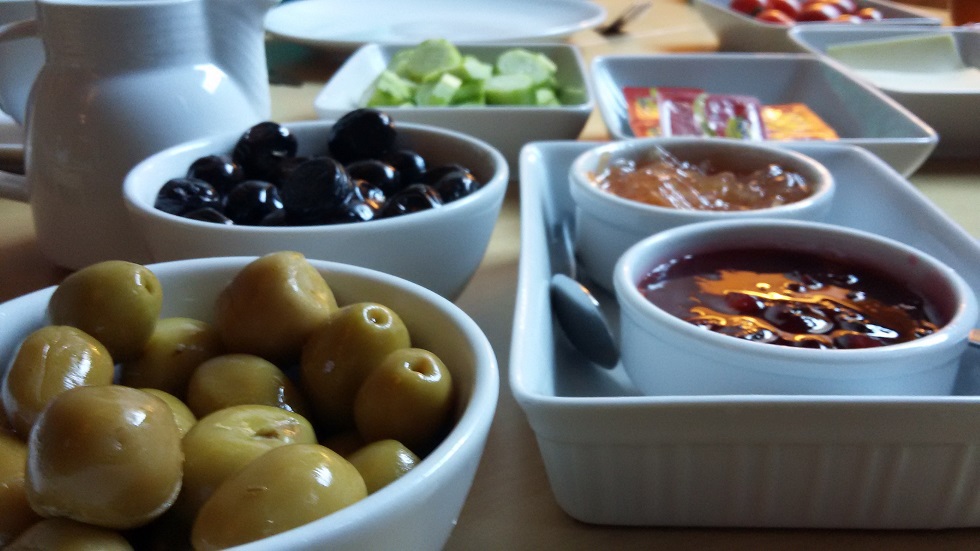 It didn’t stop there – this was simply the first course. We were then given two different styles of omelet, a sweet crepe and honey-glazed yogurt. This breakfast fit for royalty, with plenty of Turkish coffee and tea, was served every morning, regardless of what time we awoke. 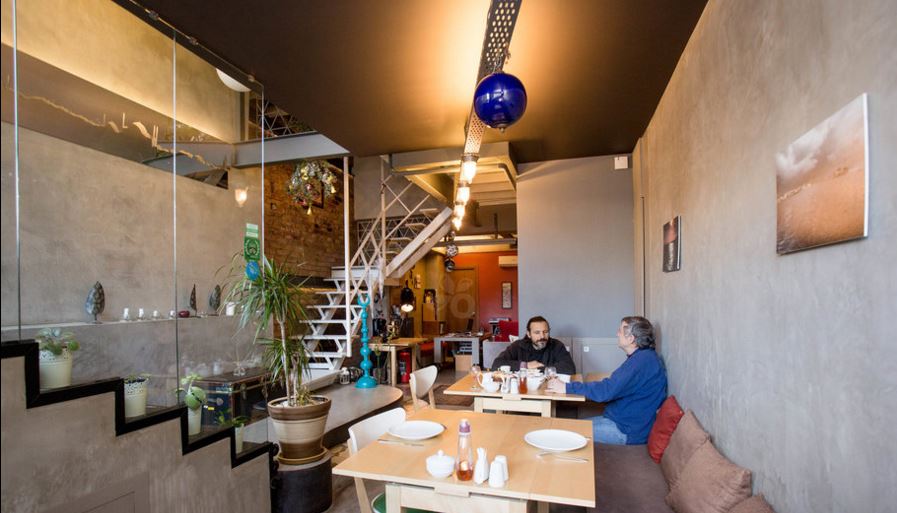 Peradays is housed in a 19th century townhome with nine rooms across five stories, each suite with a unique design and all the comforts of home. We found that the hotel’s layout, and comfortable common areas, created a great sense of community among guests. We made a number of friends during our time at Peradays, meeting like-minded people over breakfast or sometimes over wine on the rooftop terrace. A few times, we were given a complimentary bottle of Turkish wine to enjoy on the terrace with new-found friends and (of course) Daisy, the sweet Peradays kitten. 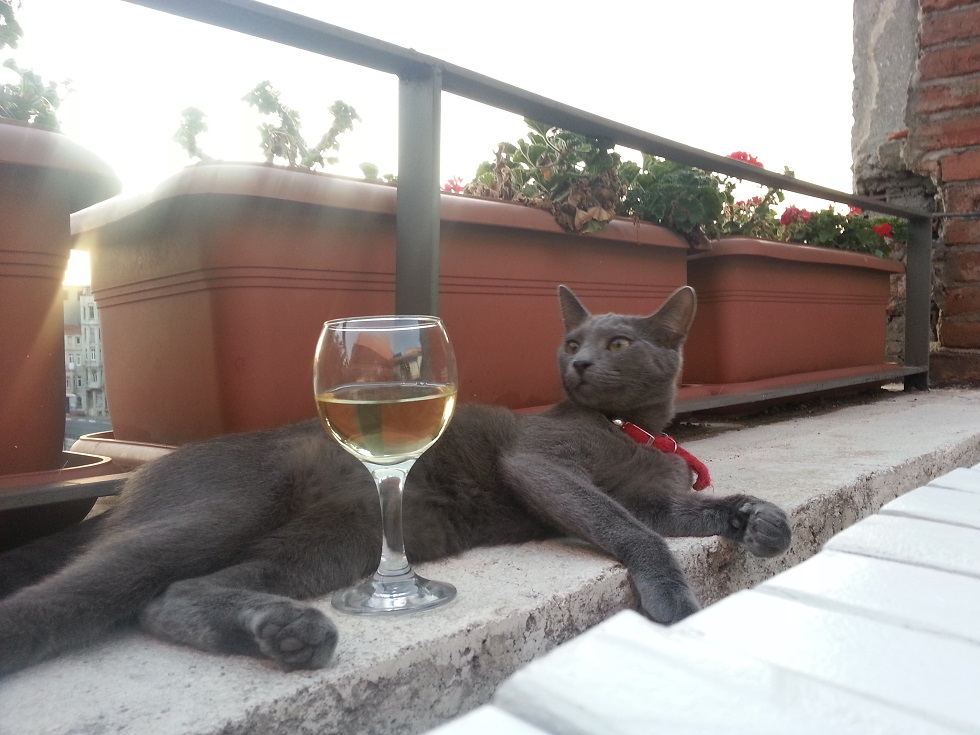 During my time in Istanbul, I learned that Turkish culture considers hosting guests an honor, not a privilege; however, making guests feel like family is an art that Peradays has perfected! When we left, I felt like I was leaving home… again! We were even given a gift upon departure – two creative pieces of art that will always remind of us of our comforting time in Istanbul.

Since leaving, we’ve kept in touch with Murat, Murat and Bora. Can you say this about any hotel you’ve ever stayed? We can’t, and I doubt we ever will. I have my (new) Turkish family to thank for this unique experience, and for welcoming these two nomads ‘home’ in Istanbul.