“Buenos Dias!” is the sound of morning here, every morning at 5AM. We awoke to warm tea and coffee, while we scrambled to get packed and ready to go. I managed to find a mossy rock, flat enough for some much needed yoga after an extreme Day 1. I’ve decided that yoga, on a rock, surrounded by mountains and among horses is pretty hard to beat. 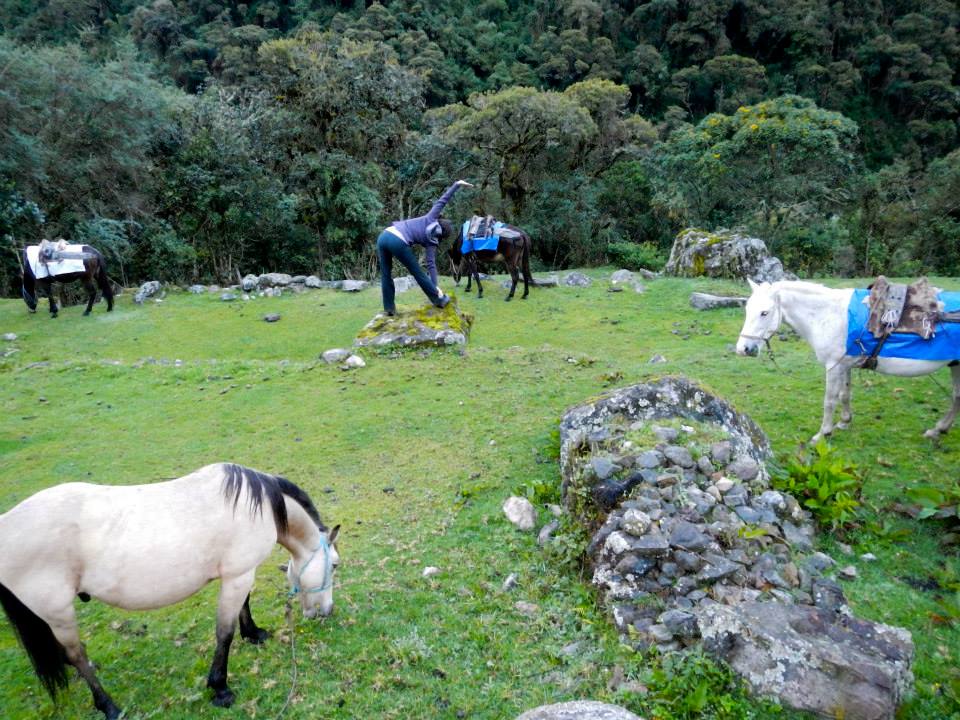 On Day 2, the views were even more dramatic. The rain had finally stopped, the fog had lifted, and the snow caps of the mountains in the distance were shining in the sun. We had to bundle up on our first day, hiking draped in layers of wool topped with rain coats. Now the sun was beating down and we were stripping down. Oh how I longed for a refreshing shower to be waiting at the end of our hike. 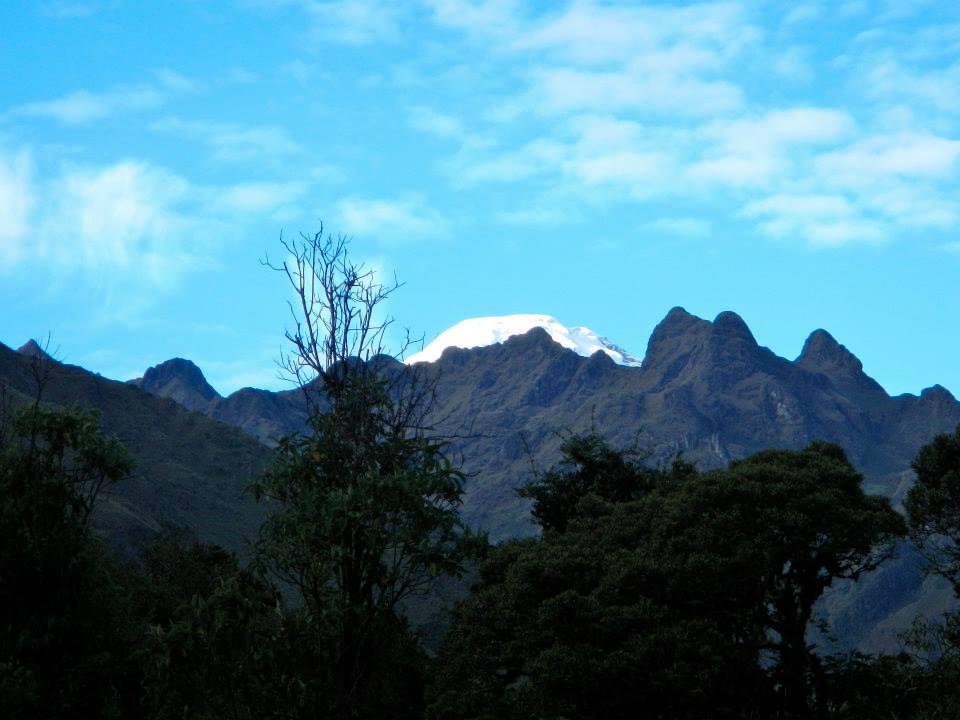 We came across a tiny little farming village, Chowyai, seemingly overrun with roaming chickens. Aside from the funds tourism brings with the hikers, the only way of life in this part of the world is farming. In the higher altitudes it is potatoes, corn and beans. Here, in the lowlands, it’s all about corn, coffee and a crazy kind of passion fruit. The hills were covered with rows of crops, and trees filled with avocados and bananas. 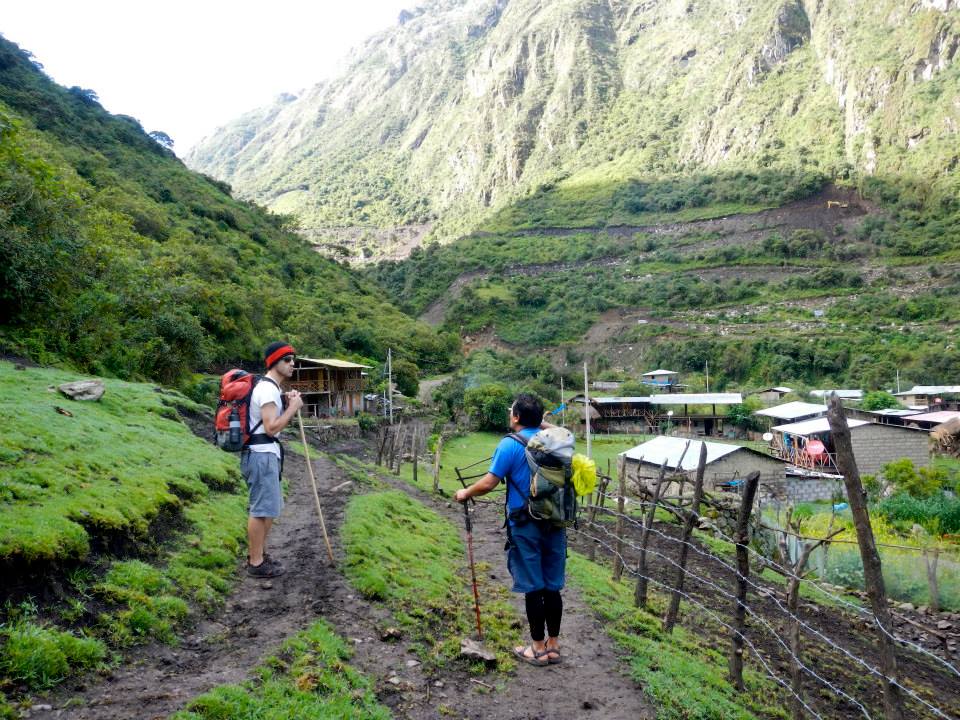 As we left town, we crossed the Santa Teresa river – thankfully, on a legitimate bridge (strong enough to hold the horses following close behind). The Santa Teresa river is big and strong; not one for swimming during the wet season! It’s a combination of three rivers we walked along our hike, and leads to the town of Playa where we would make camp for the 2nd night. 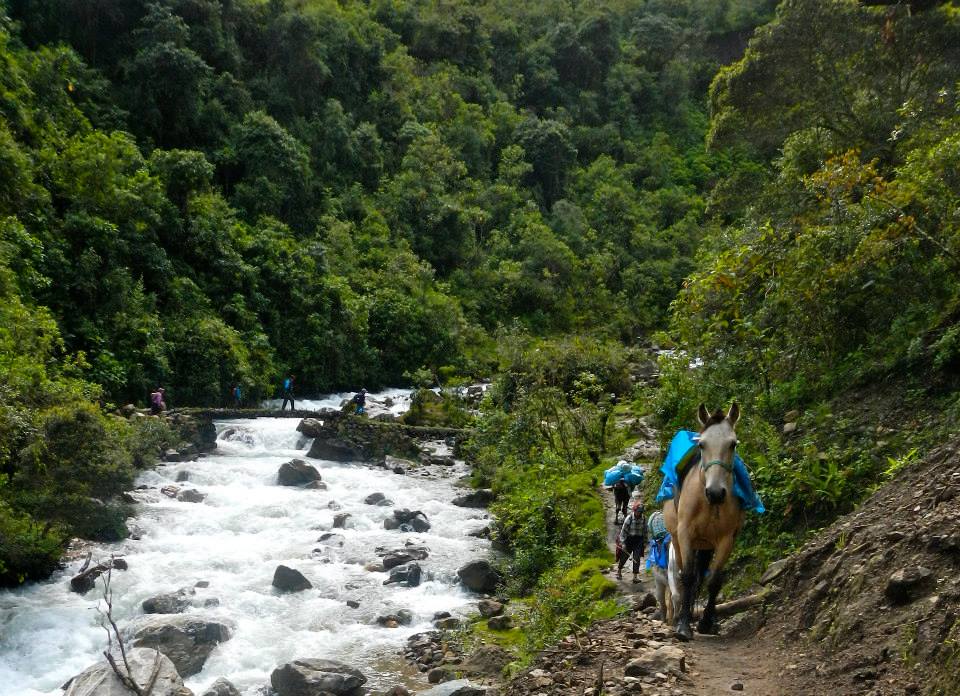 Our second day of hiking was the perfect follow up to an extreme Day 1. Our hike was level most of the way, which was good because I could feel my body slowly shutting down. With every step I considered climbing in Bryan’s pack, but I put on my tough face and pushed through. Jorge’s stories of the 75 year old man he hiked with for 7 days certainly helped! 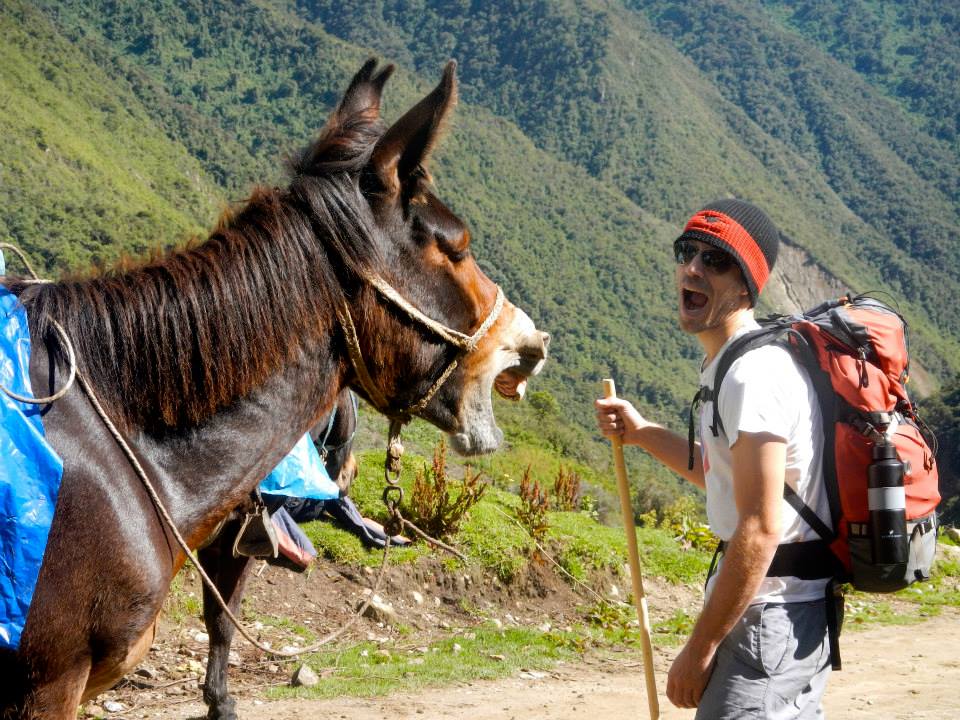 Late that afternoon, we made camp overlooking the river in Playa. We were the only campers there, but were greeted by many chickens and duck friends. Tomorrow we would get an early start to our day with a 3 hour climb to the top of Llactapata Pass to come. 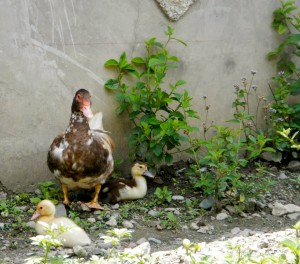 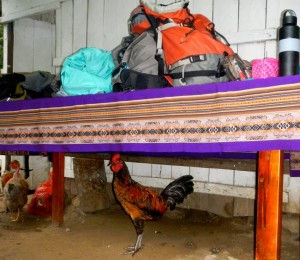